Start With the Purpose

In his September 2009 TEDx talk, Simon Sinek identified the need for a re-think of traditional ways that leaders communicate:

Sinek states that most people communicate from the 'outside, in', focusing on the what - the results... what 'it' looks like in practical application...

Instead, we need to be communicating important decisions and initiatives from the 'inside, out' and focusing on the why - identify, explain and clarify the purpose.

"People don't buy what you do, they buy why you do it"


Daniel Pink is another who comprehensively states the importance of having people see the purpose of their work, identifying it as one of the crucial ingredients in maximising the intrinsic motivation of people.

Sinek defers to science in order to evidence why this 'inside, out' approach is a more effective form of communication, citing biology:
There are three main components of the human brain: 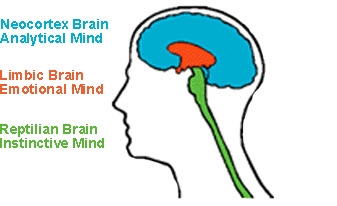 Leaders, themselves, need to know and believe in the 'why' of their decisions / initiatives, if they are going to be able to effectively communicate this to their people.

The goal is "to hire people who believe what you believe".

It is not enough to hire people because of 'what' they can do - if they don't understand and identify with the 'why', then they will not be intrinsically motivated by their work.

We need to be more open and regular regarding 'what we believe' about the purpose of our work.


Regardless of how, or how well, we communicate, the 'law of diffusion of innovation' suggests that there will always be some people who 'buy in' to new ideas and innovations - the 'Innovators' and 'Early Adopters'... 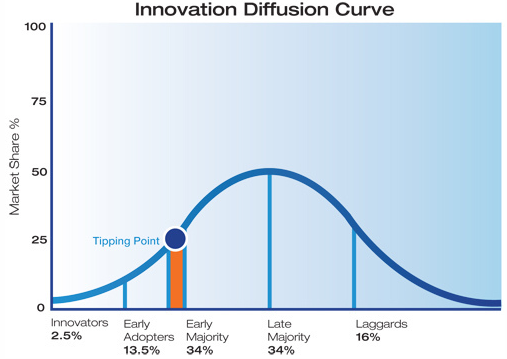 The challenge is to get over the 'chasm' and get the majority to buy in to the idea being communicated.

A slight detour, but this popular video is a decent example of this concept of 'diffusion of innovation':


What does this mean for schools?